Gynecomastia is a real issue for men. In fact, one out of three men suffers from this condition. Learn more about it by visiting us today.

Gynecomastia is a real issue for men. In fact, one out of three men suffers from this condition of swollen glandular tissue, which can be physically embarrassing and sometimes painful.

But have you heard about pseudogynecomastia?

In pseudogynecomastia the primary cause of chest enlargement is fat as opposed to tissue. The fat is usually stored behind and around the nipple area.

For gynecomastia, the cause of the condition is excess glandular male breast tissue. This occurs as a result of hormone imbalance. Glandular tissue is firmer and fibrous than fat tissue and it does not respond to diet changes or exercise.

What can be done?

The first thing to do is to get the right diagnosis by a qualified doctor. For those suffering from pseudogynecomastia, compression vests are ideal, but it does not get rid of the underlying issue. As it is caused by excess fat, a full fat and weight loss programme could relieve patients of the condition. Specific exercises that improve the chest’s appearance and contour are also recommended. Fat removal procedures such as liposuction also help to remove excess fat in the problem areas.

Gynecomastia, on the other hand, can’t be treated with exercise or diet. Gynecomastia surgery is still the best option to relieve sufferers of the condition. Despite its intimidating name, gynecomastia surgery is considered as an outpatient treatment, and patients can go home after the procedure. During the procedure, the glandular tissue and excess skin are excised resulting in a flatter, contoured chest. If excess fat is present, it is removed via liposuction.

As with women, men also face appearance issues that are beyond mere vanity. But with the available treatments to safely and effectively address them, conditions such as pseudogynecomastia and gynecomastia can now be a thing of the past for many men. That’s undoubtedly a massive load off their chests.

Over exercising can wreak havoc on physique and skin 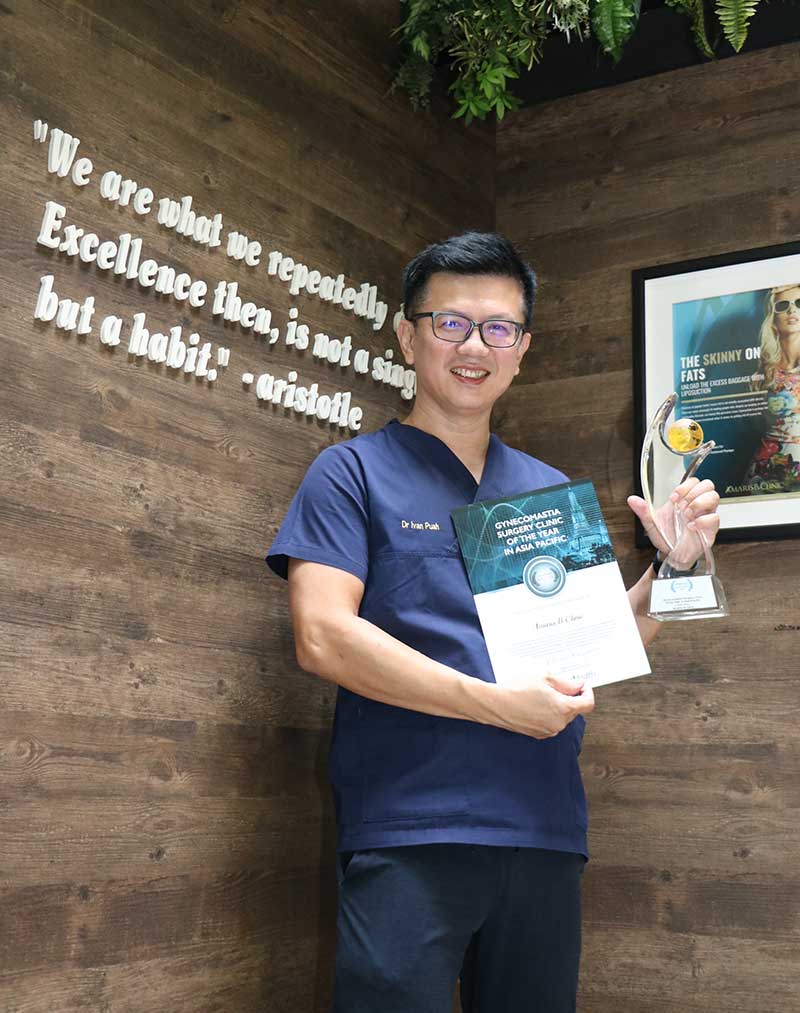 What To Do If You Are Unhappy With Your Liposuction Results?

[Press Release] GlobalHealth Asia-Pacific recognises Amaris B. Clinic as the Gynecomastia Clinic of the Year in Asia Pacific 2022

Cabin Crew Secrets Revealed! This is How They Manage To Look Beautiful and Confident Despite The Stress They Face

TikTok fads and other quick “fixes” to get a flat stomach

What happens when liposuction goes wrong?

[Press Release] Amaris B. Clinic Is Seeing More Patients for Liposuction Due To Inefficacy of Non-surgical Fat Reduction Treatments